The Philadelphia Department of Public Health released the following health advisory on February 27:

The Pennsylvania Department of Health (PADOH) and the Philadelphia Department of Public Health (PDPH) are participating in a multistate outbreak investigation of Salmonella Typhimurium associated with small pet turtles. On Tuesday, February 23, 2021, the Centers for Disease Control and Prevention (CDC) posted an investigation notice: https://www.cdc.gov/salmonella/typhimurium-02-21/index.html.

There are nine laboratory-confirmed Salmonella Typhimurium infections among Pennsylvania residents in this outbreak. Eight (89%) of these infections have occurred among people living in Philadelphia County or Delaware County. Most (7, 78%) Salmonella infections occurred among children, ranging from ages 0-10 years old. There was one adult death for which salmonellosis was one of the contributing factors. The turtle species was small red-eared sliders in all four cases for which the turtle species was reported. Of the four cases who reported where they obtained their turtle, all were purchased from transient street or roadside vendors. Three of the reported vendors were in Philadelphia.

Salmonellosis is a serious infection of the gastrointestinal tract. Diarrhea is the most common symptom of Salmonella infection, but other symptoms such as fever, headache, nausea, and vomiting can also occur. In addition, salmonellosis can cause severe illness (e.g., bloodstream infection, bone and joint infection, meningitis) and can be particularly serious for young children, the elderly, and persons with weak immune systems. Households with members at higher risk of invasive disease should avoid keeping turtles as pets.

Healthy turtles, as well as other reptiles, are known to carry Salmonella as part of their normal intestinal flora and intermittently shed the bacteria in their feces throughout their lifespan. Humans can become infected with Salmonella through direct contact with turtles, turtle habitats (e.g., tank water), and through indirect contact by cross-contamination of objects and surfaces.

Since 1975, it has been illegal in the United States to sell or distribute turtles with shells that measure less than 4 inches in length. This size was chosen because small children are more likely to treat smaller turtles as toys and put them in their mouths. The ban by the U.S. Food and Drug Administration (FDA) has prevented an estimated 100,000 cases of Salmonellosis each year in children. Despite this ban, such turtles are available from pet stores, flea markets, street vendors, and online stores.

Healthcare providers should maintain a high index of suspicion for salmonellosis in patients presenting with clinically compatible symptoms, especially children and/or families with small pet turtles in their homes. Report suspicious cases and laboratory-confirmed Salmonella infections to the PDPH Division of Disease Control at (215) 685-6748.

For families, schools, or childcare centers that have pet turtles, healthcare providers should review routine precautions to prevent the spread of Salmonella, including:

Residents should not release unwanted turtles. Some species, including red-eared sliders, are invasive species in Pennsylvania. Instead, contact the Philadelphia Animal Care and Control Team at (267) 385-3800.

Additional information about Salmonella in small pet turtles is available at https://www.cdc.gov/healthypets/publications/trouble-with-tiny-turtles.html. 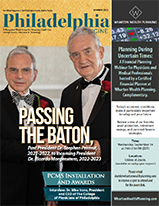