As of October 8, 2018, the Pennsylvania Department of Health (DOH) has identified 72 human cases of West Nile virus (WNV) infection from 22 counties, which is the highest year-to-date case count in over a decade and includes three deaths from Lebanon, Lancaster and Westmoreland counties. Additionally, high counts of WNV-infected mosquitoes, birds, and horses have led the Pennsylvania Department of Environmental Protection to record the highest risk of being bitten by WNV-infected mosquitoes than ever previously found. Although WNV is the most commonly reported locally-acquired arbovirus transmitted by mosquitoes in Pennsylvania, other arboviruses are present in the state and can cause infections. DOH recently reported the first case of infection with St. Louis Encephalitis virus since 2008. Since mosquito activity is higher than usual for this time of year, health care providers should remain vigilant as risk of human WNV and other arboviral infections will remain elevated until the first hard frost.

DOH would like to remind health care providers to remain vigilant in considering the diagnosis of arboviral infection in persons presenting with undifferentiated febrile illness or signs of meningoencephalitis, to ask about recent travel history, and to seek appropriate testing and collection of diagnostic specimens.

WHEN TO CONSIDER WEST NILE VIRUS TESTING FOR YOUR PATIENT
1. Remember to ask about each patient’s recent (past 3 weeks) travel history, as this can help determine for which arbovirus to test. The following clinical syndromes presenting during summer/fall months among patients with no recent travel history should prompt consideration for WNV testing: Viral encephalitis, characterized by:
• Fever >38oC or 100oF and,
• CNS involvement, including altered mental status (altered level of consciousness, confusion, agitation, or lethargy) or other cortical signs (cranial nerve palsies, paresis or paralysis, or convulsions) and,
• Abnormal CSF profile suggesting a viral etiology (negative bacterial Gram stain and culture with a pleocytosis [WBC between 5 and 1500 cells/mm3] and/or elevated protein level [>40 mg/dl]).

2. Viral meningitis, characterized by:
• Fever >38oC or 100oF and,
• Headache, stiff neck and/or other meningeal signs and,
• Abnormal CSF profile suggesting viral etiology (negative bacterial Gram stain and culture with a pleocytosis [WBC of 5-1500 cells/mm3] and/or elevated protein level [>40 mg/dl]).

3. Poliomyelitis-like syndromes:
• Acute flaccid paralysis or paresis, which may resemble Guillain-Barré syndrome, or other unexplained movement disorders such as tremor, myoclonus or Parkinson’s-like
symptoms, especially if associated with atypical features, such as fever, altered mental status and/or a CSF pleocytosis. Afebrile illness with asymmetric weakness, with or without areflexia, has also been reported in association with WNV.

DIAGNOSIS OF WEST NILE VIRUS INFECTIONS
For most arboviral infections, serology and/or nucleic acid testing (e.g., PCR) can facilitate diagnosis. WNV diagnosis is usually serological, by detection of WNV-specific IgM antibody in
serum or CSF. WNV IgM may not be detectable until day 8 of illness. Specimens collected less than 8 days after onset may be negative for IgM, and testing should be repeated 2-3 weeks
later.

Specimens (serum and/or CSF) collected from patients with suspected WNV can be submitted to the DOH Bureau of Laboratories. WNV IgM testing is performed free-of-charge. Instructions
for submitting specimens can be found at http://www.westnile.state.pa.us/action/WNVSubmissionForm.pdf.

For questions, please call your local health department or DOH at 1-877-PA HEALTH.

Originally released by the Pennsylvania Health Alert Network on October 12, 2018. 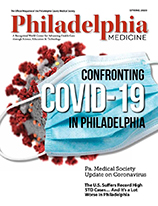