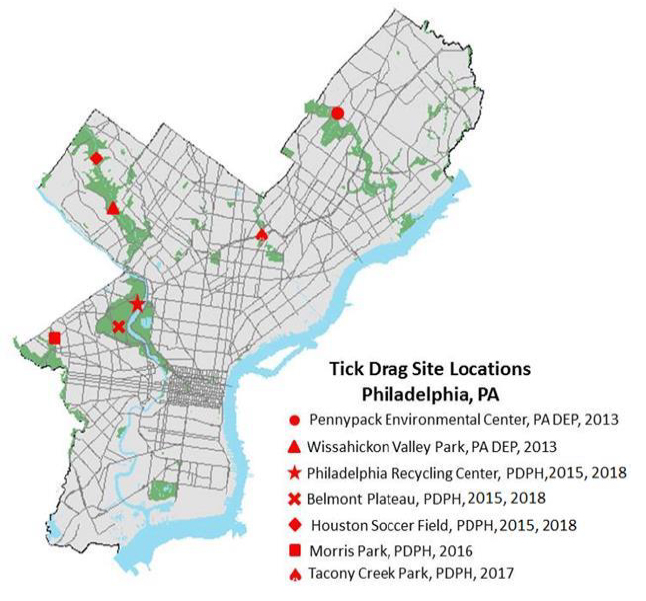 The height of the 2019 season for tickborne infections in Philadelphia and surrounding areas is quickly approaching. While Lyme disease is the most frequently diagnosed tickborne illness in Philadelphia residents, cases of babesiosis, anaplasmosis, ehrlichiosis, and Rocky Mountain spotted fever (RMSF) are reported every year. Highlighting the potential for tickborne infections in Philadelphia, 43% of blacklegged ticks collected in City parks since 2013 have tested positive for Lyme disease, while 5% and 4% tested positive for anaplasmosis and babesiosis, respectively.

Providers should also be aware of emerging tickborne infections, like Powassan virus and Borrelia miyamotoi that are transmitted by blacklegged ticks. Powassan has been identified in Pennsylvania, while B. miyamotoi has emerged in neighboring New Jersey and New York. Powassan virus infection can cause meningoencephalitis similar to West Nile virus, and B. miyamotoi can cause relapsing febrile illness.

Patients presenting with rash, “flu-like” symptoms, including fever, fatigue, and lymphadenopathy, or altered mental status should be evaluated for tickborne illnesses during months of increased tick activity (April–October). See Table 1 for further details on tickborne disease symptoms and diagnostic testing. Please remember to report all suspected or confirmed cases of babesiosis, anaplasmosis, ehrlichiosis, RMSF, and Lyme disease (including clinically-diagnosed erythema migrans) within 5 days to PDPH by telephone at (215) 685-6748 or fax at (215) 238-6947. For uninsured and underinsured patients, free Lyme disease testing is available through the Pennsylvania Department of Health’s Bureau of Laboratories. For tickborne disease testing inquiries, call PDPH at (215) 685-6742.

Originally released by the Philadelphia Department of Public Health on May 22, 2019. 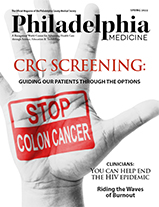